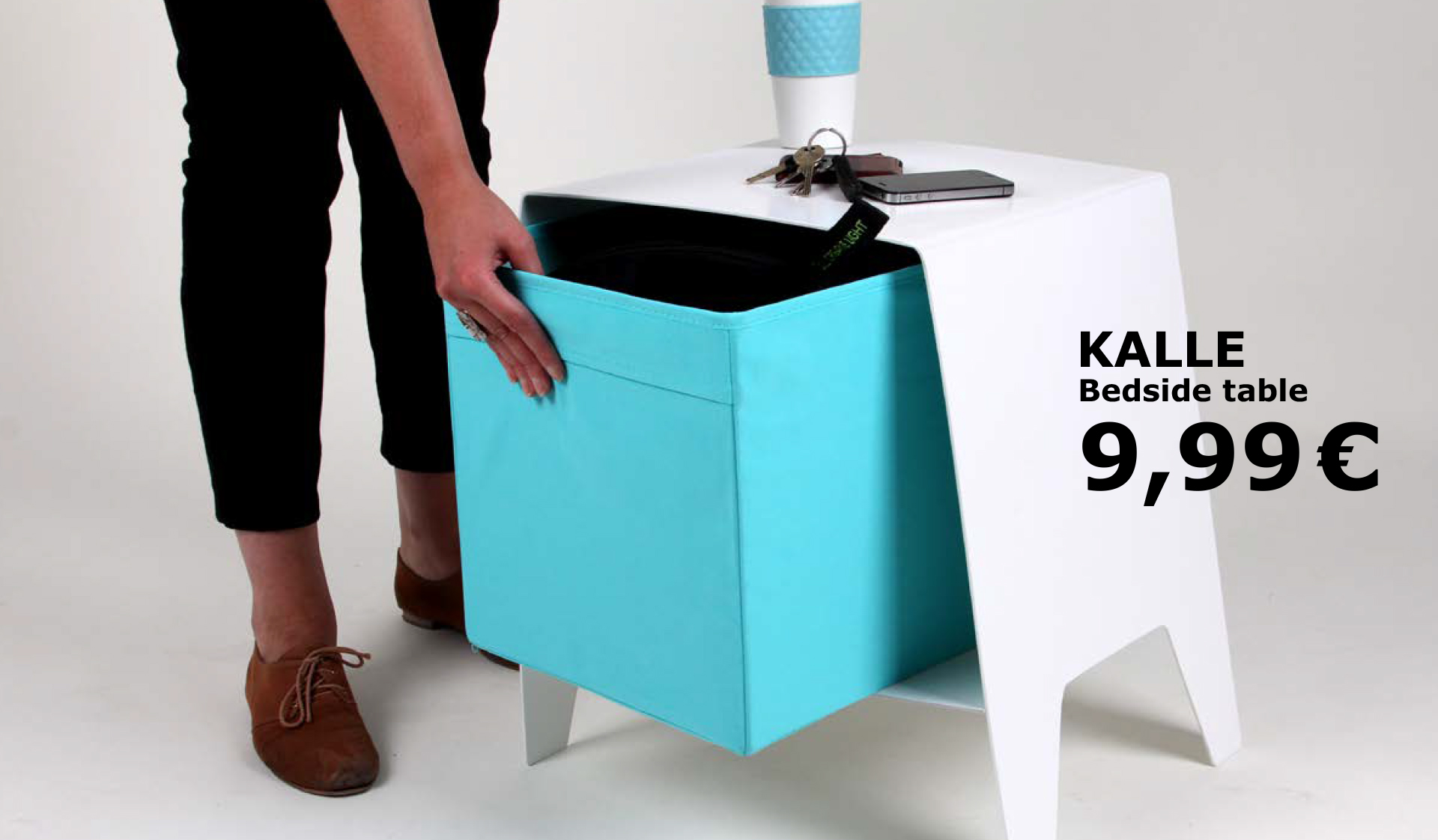 We worked under a well-defined brief given by IKEA, including target, selling price, material and shipping restrictions. The result was Kalle; a bedside table that allows the user to customize by adding units from IKEA´s existing small storage range.

Landing at a selling price of 9,99€, Kalle is a product following IKEA’s vision “To create a better everyday life for the many people”.